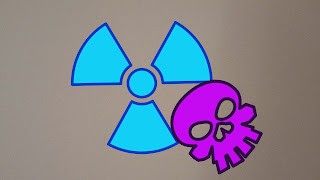 As Naples is gripped by fears of a Mafia-tainted food chain, Italy's top organized crime-fighter has some more worrisome news: The Camorra syndicate's mobsters have expanded their multibillion-euro toxic-waste disposal racket to the holiday paradise Tuscany and beyond Italian borders to eastern Europe.                    Franco Roberti, the national anti-Mafia prosecutor, told The Associated Press that investigators have uncovered Camorra toxic waste-dumping in the Prato area just 17 kilometers (10 miles) north of Florence, the tourist-clogged capital of Tuscany. He said Italy is also investigating a trail of toxic waste being shipped to countries in eastern Europe, although he would not reveal which ones because the probe is ongoing.                    Until recently, the toxic waste - mostly from industries in northern Italy - had been dumped in the Camorra's own backyard in the Naples area. Investigators recently discovered that farmlands around Naples are contaminated with dangerous levels of arsenic, lead and other harmful materials. The revelations prompted tens of thousands of people to march through the city's chaotic streets last month.                    Roberti said the southern territory where the Camorra holds sway "is a little saturated" - pushing the mob into new areas. Increasingly cozy ties between the Naples-based Camorra and Chinese gangsters make the Prato area in Tuscany a logical choice for the Italian mobsters looking for new dumping grounds.                    The Camorra has a long-running and profitable relationship with Chinese mobsters in the manufacturing and illicit sale of fake designer clothing, as The AP has reported previously from Naples. The Prato area has long been the turf of Chinese who have operated clandestine garment factories - many employing illegal Chinese immigrants - for decades.                    Roberti said the Camorra doesn't have to shop around for business among the factories, processing plants and hospitals of northern Italy. After two decades in the racket, the Camorra are the go-to people for anyone who wants toxic waste to disappear for a fraction of the cost of what it takes to do it legally.                    "There is a circuit of acquaintances, a ring of contacts," said Roberti, who was an anti-mob prosecutor in Naples for years before being promoted this year to be Italy's top Mafia fighter. "The more dangerous the waste, the more the companies pay."                    Past probes have found that the Camorra and their Chinese contacts have schemed together in the lucrative illegal waste racket. An operation code-named Marco Polo in the 2005 and conducted by Carabinieri paramilitary police resulted in the confiscation in Naples' port of 20 containers readied for transport aboard cargo ships - holding plastic waste including toxic materials and hospital refuse. The cargo, police said, was about to be shipped to China and Hong Kong.